What is meant by "Nürnberg-Luftbild-Quality-Standard"?

When the aerial shots are first made, they are pale and bluish in colour in their unprocessed form.  This is beautifully illustrated by this fantastic view over Mecklenburg-Vorpommern (Western Pomerania) where you see shots before and after processing.
Nürnberg Luftbild developed a procedure to remove these atmospheric disturbances and to make the image as rich in contrast and colour as in real life. From front to back, although the mist effect rises towards the horizon.
It is important to us that darker tones are lightened so that the texture becomes visible in the shaded areas whilst the lighter tones are equally preserved: 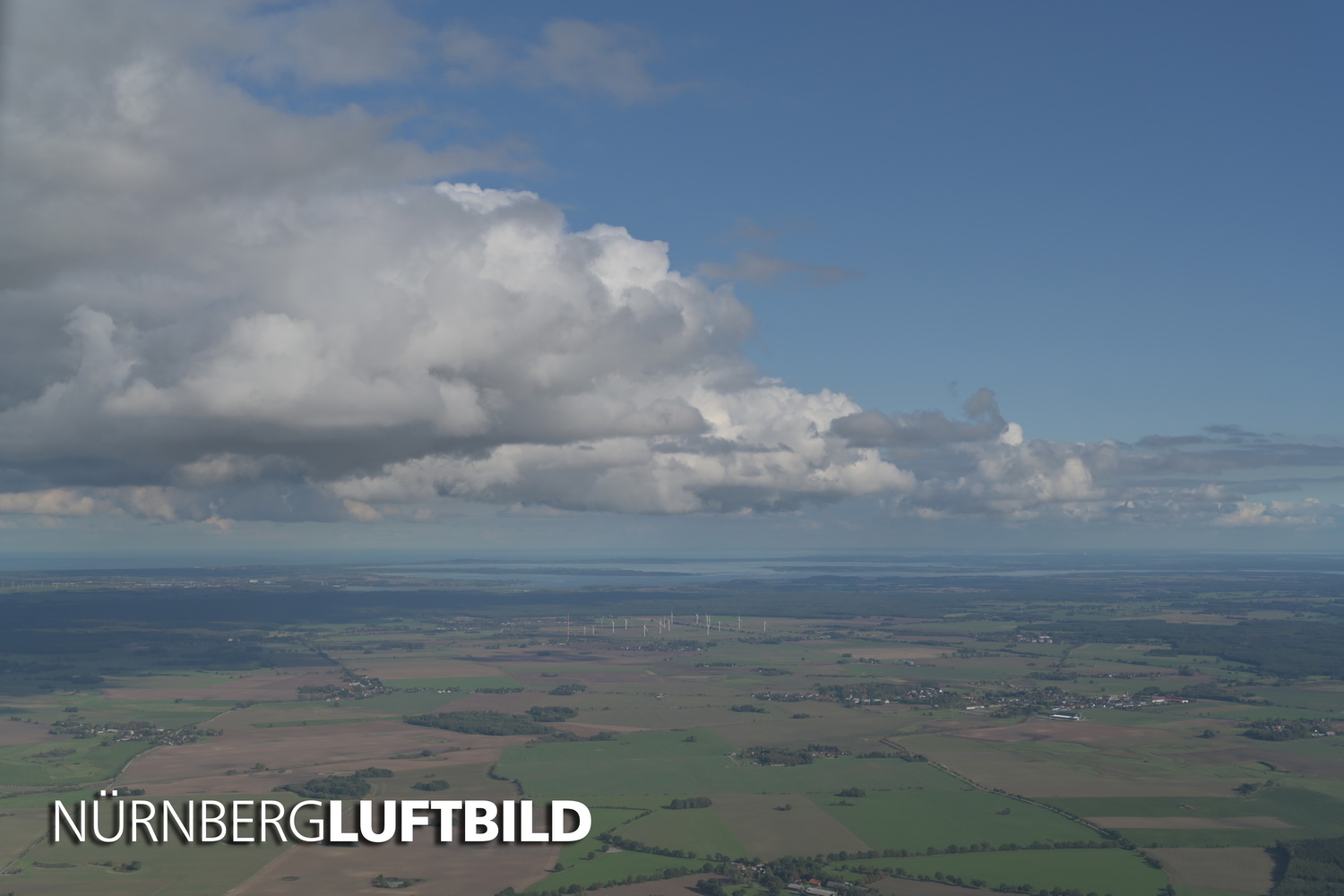 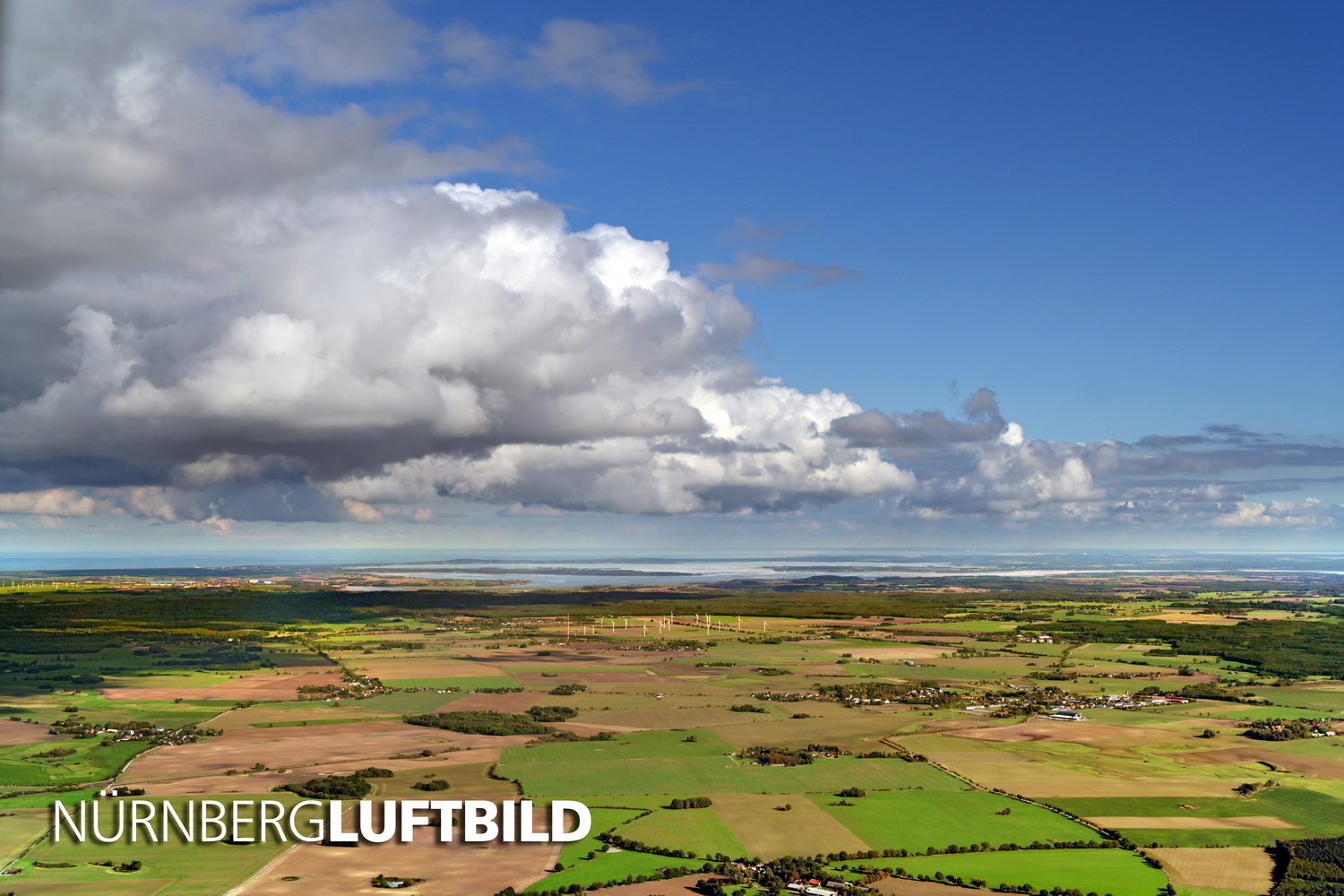 This is an aerial photograph of the Kochertal-Bridge on the A6 motorway. At 606 ft (185 metres) it is still the highest bridge in Germany and also illustrates how hazy aerial photographs appear in their original state. Initially, images from the aeroplane are always pale and bluish in colour due to the many meteorological influences such as water vapour and dust. By increasing altitude, this effect only increases as everyone who has ever travelled by plane will know.
Only the elaborate processing according to the Nürnberg-Luftbild-Quality-Standard gives the photograph its natural contrast and rich colour: 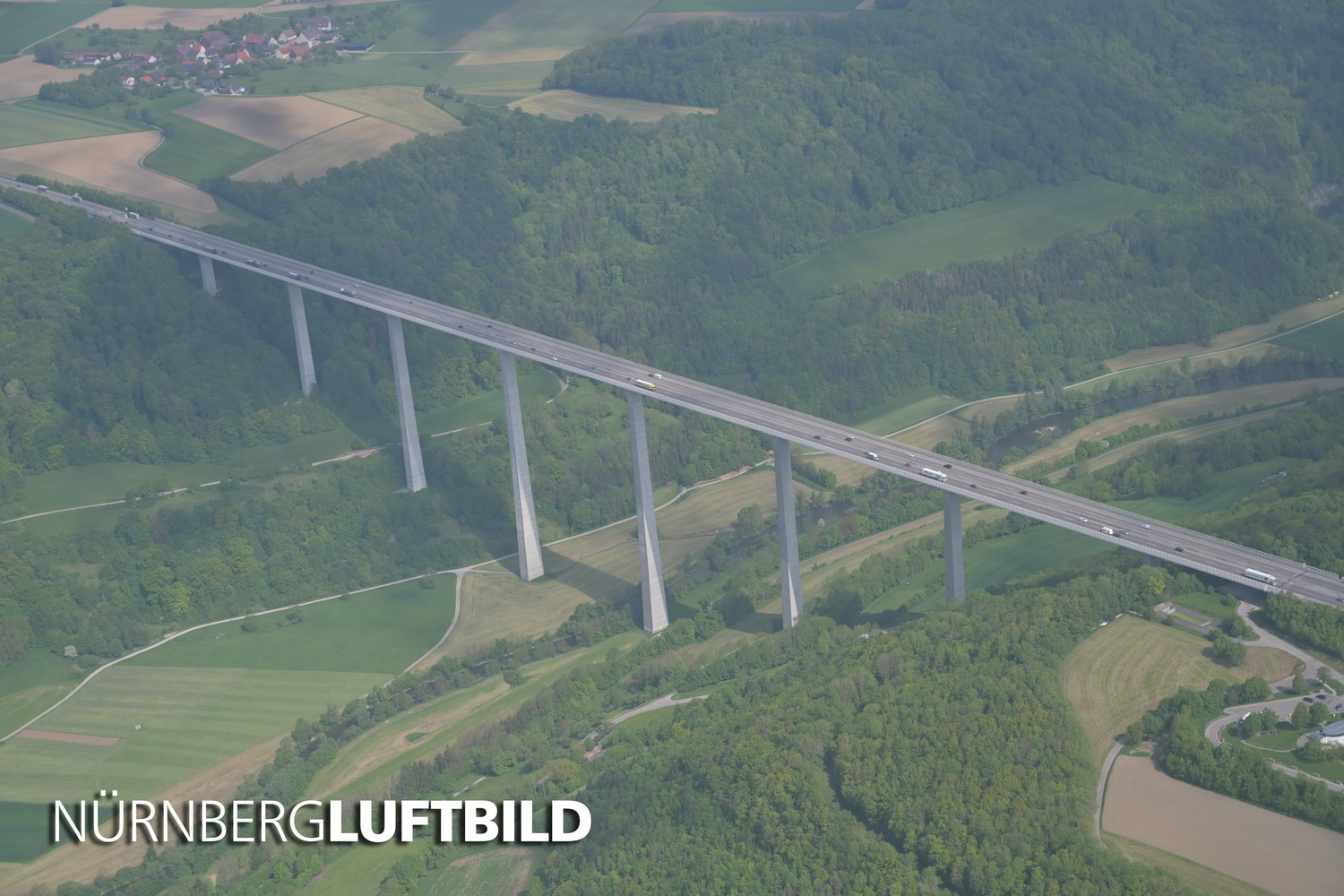 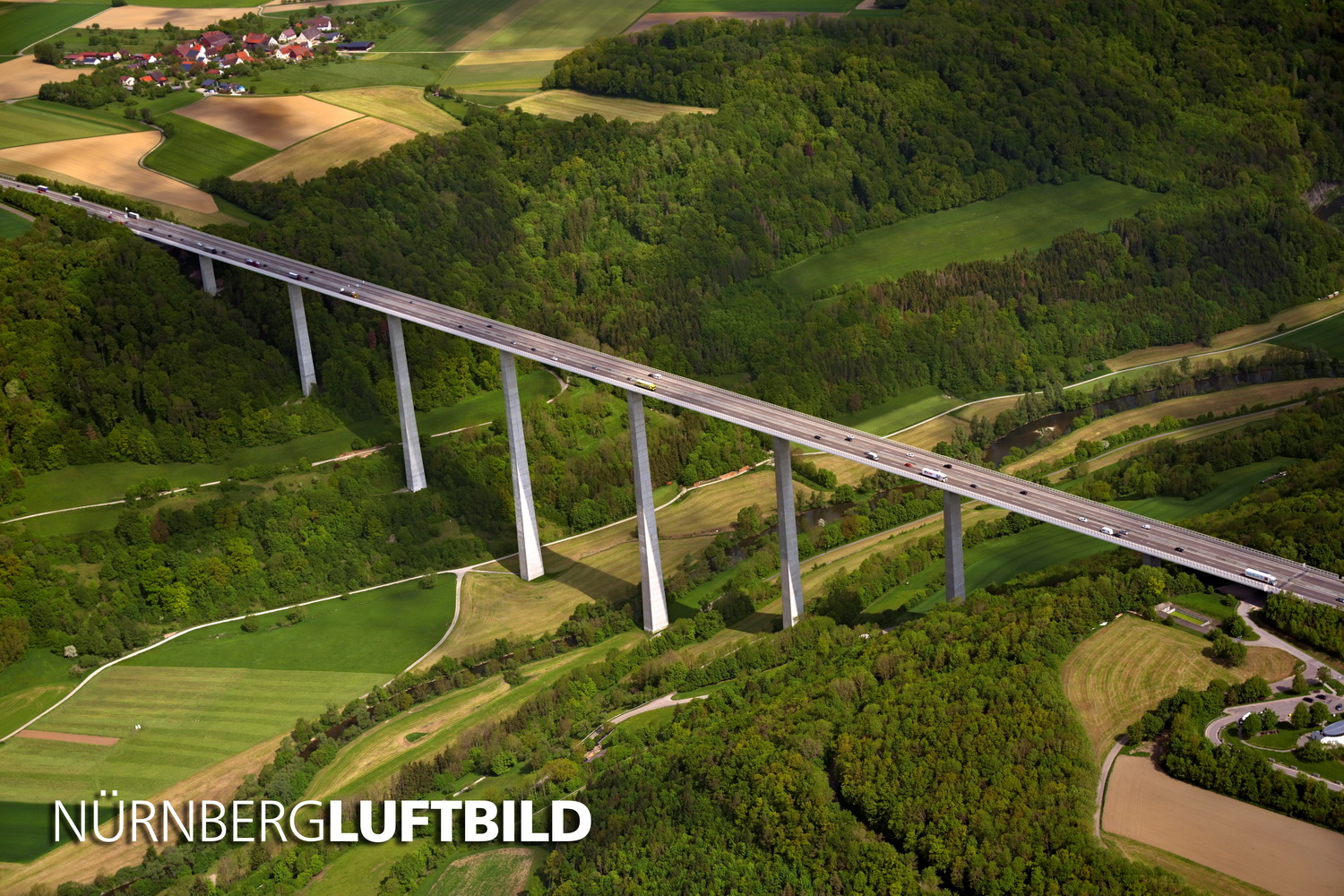 The next step is to straighten the vertical lines, as they incline inwards when the camera is held diagonally downwards. If you take a picture of a tall building from the ground, you will have experienced the opposite effect.
Aerial photos of buildings are, according to our definition, always architectural photos and achieving straight vertical lines is a standard requirement in architectural photography: 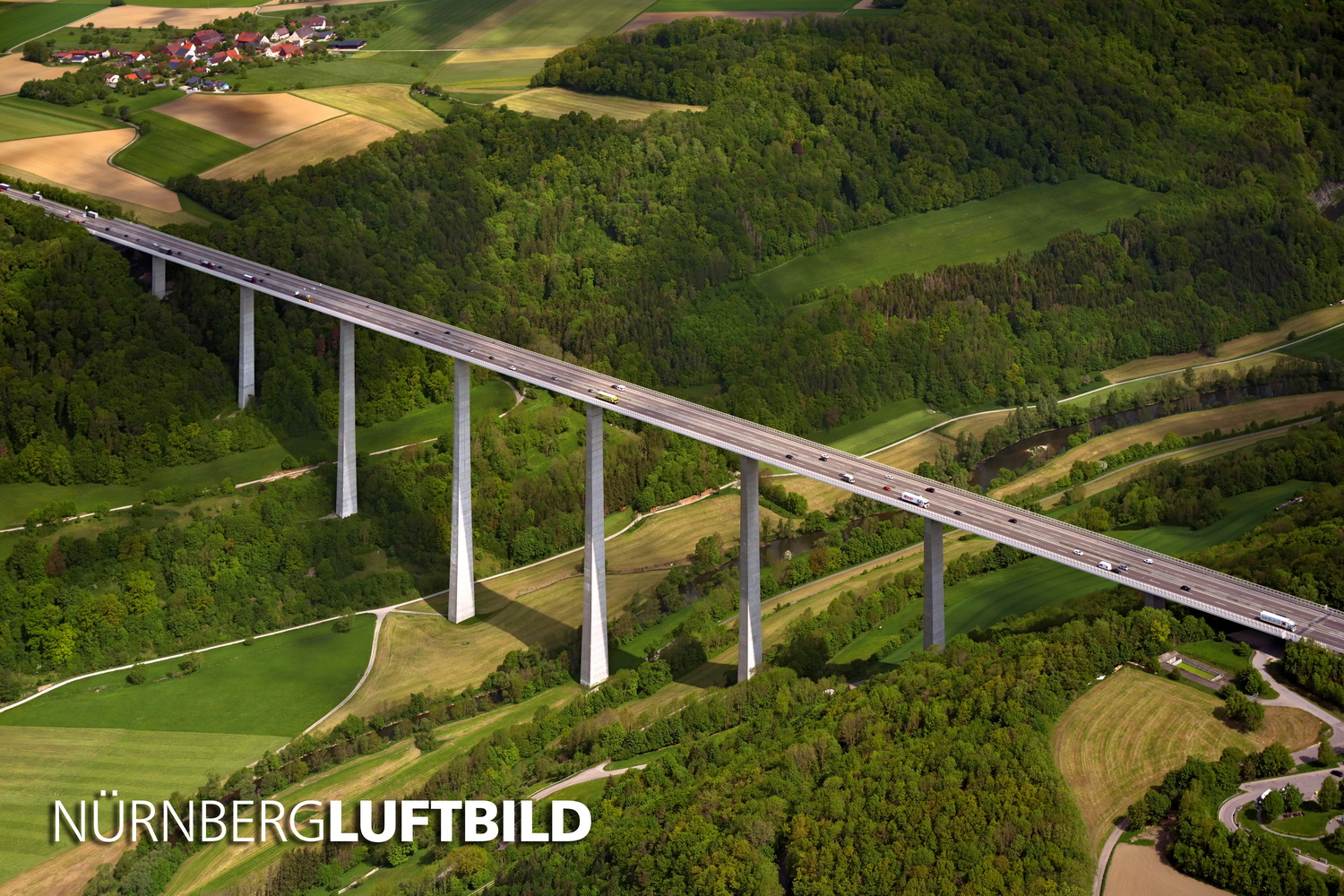 When correcting lines that appear to be sloping, we also pay attention to the preservation of the building height. Here, for example, is a photo of the Elbphilharmonie of Hamburg. You can see that the equalization of the image always causes an initial compression ... 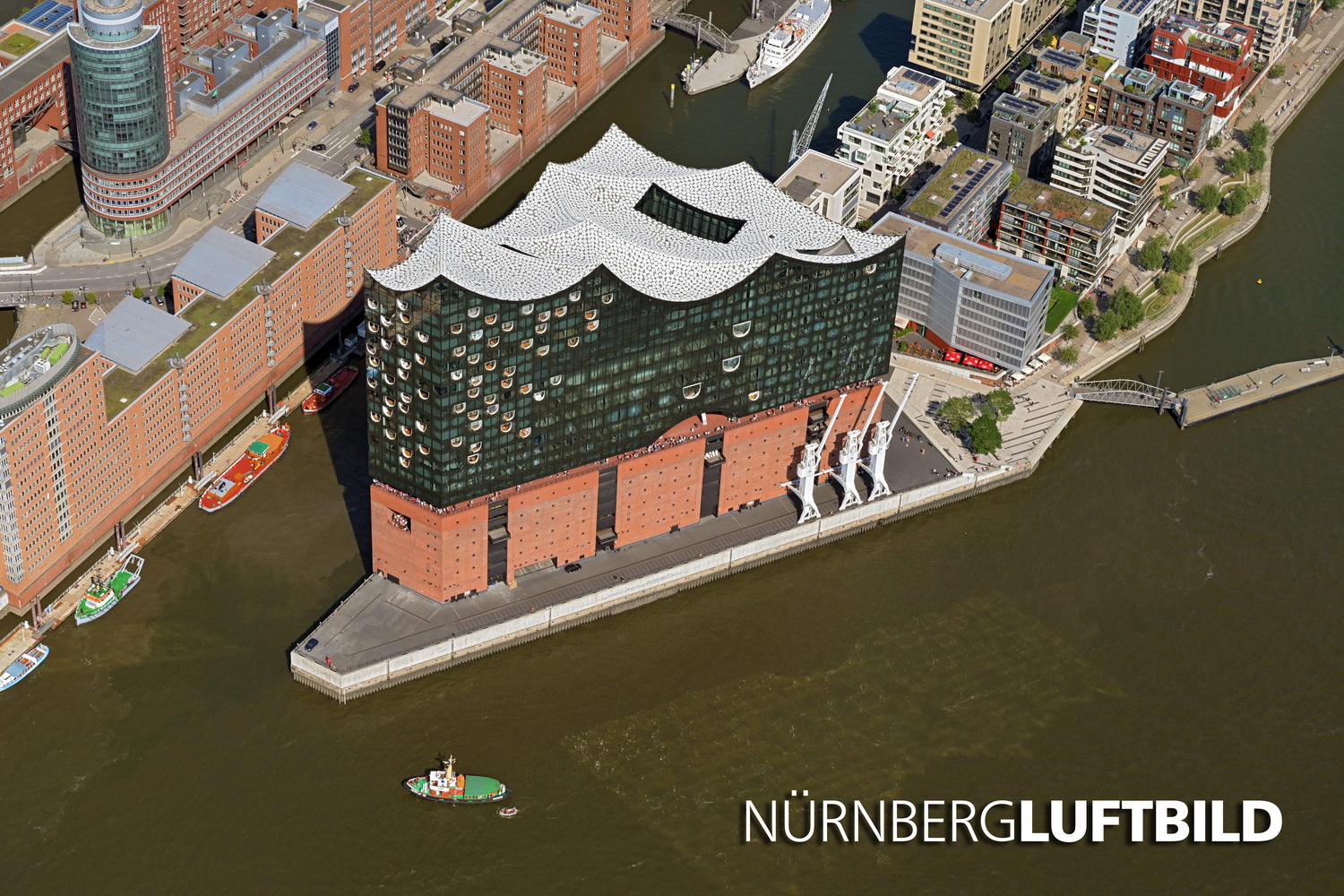 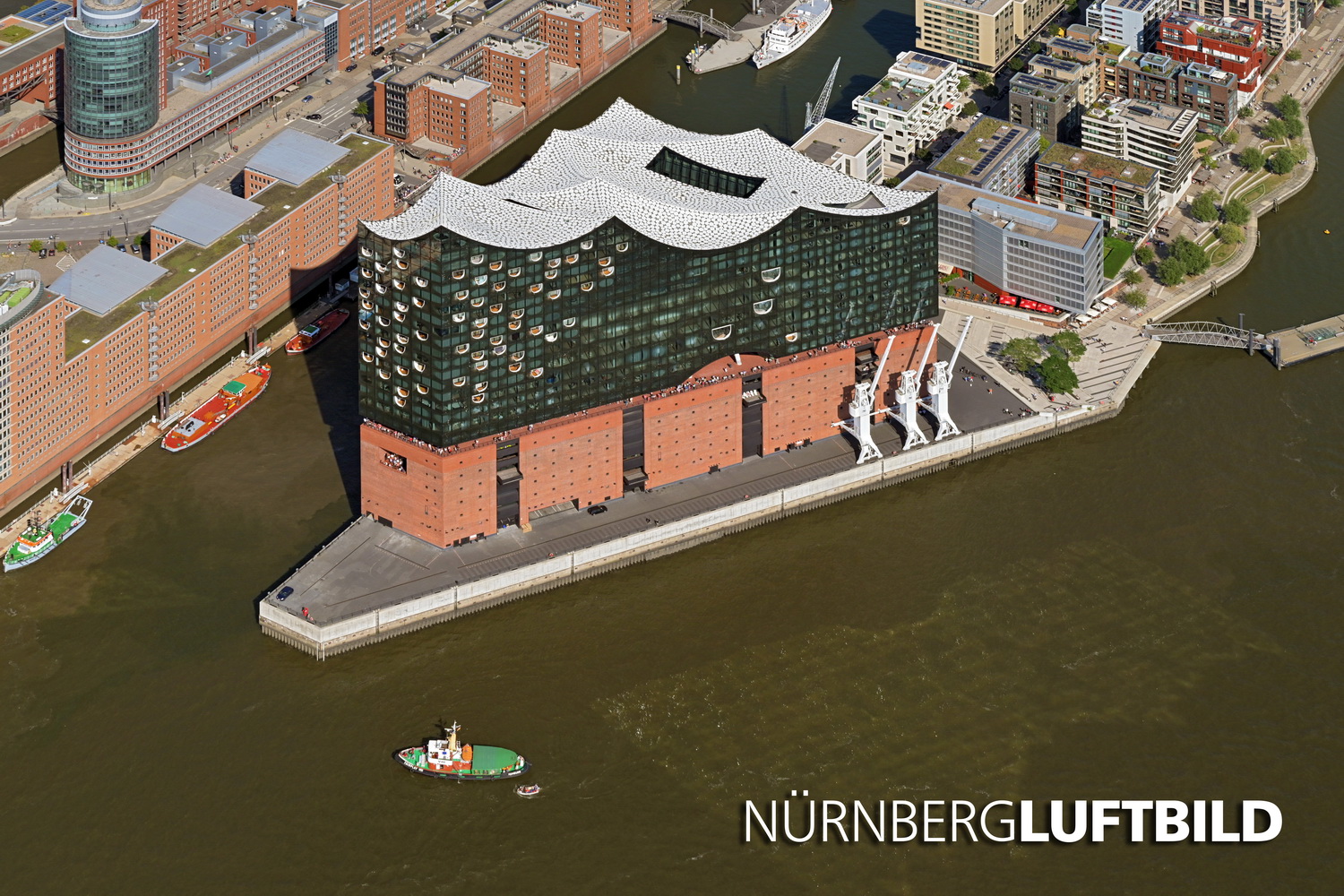 ... which we compensate by an additional alignment of the height (with an additional shifting of the boat to protect it from dropping out of the picture ;):

This is an extreme example of image error by drone shots, shown here in a photo of the old town of Stralsund. Since drones have less well corrected optics than professional SLR or system cameras, horizons in drones are often very strongly curved. In addition, a drone often has to fight against crosswinds, which also causes the horizon to be tilted. We correct both according to the Nürnberg-Luftbild-Quality-Standard: 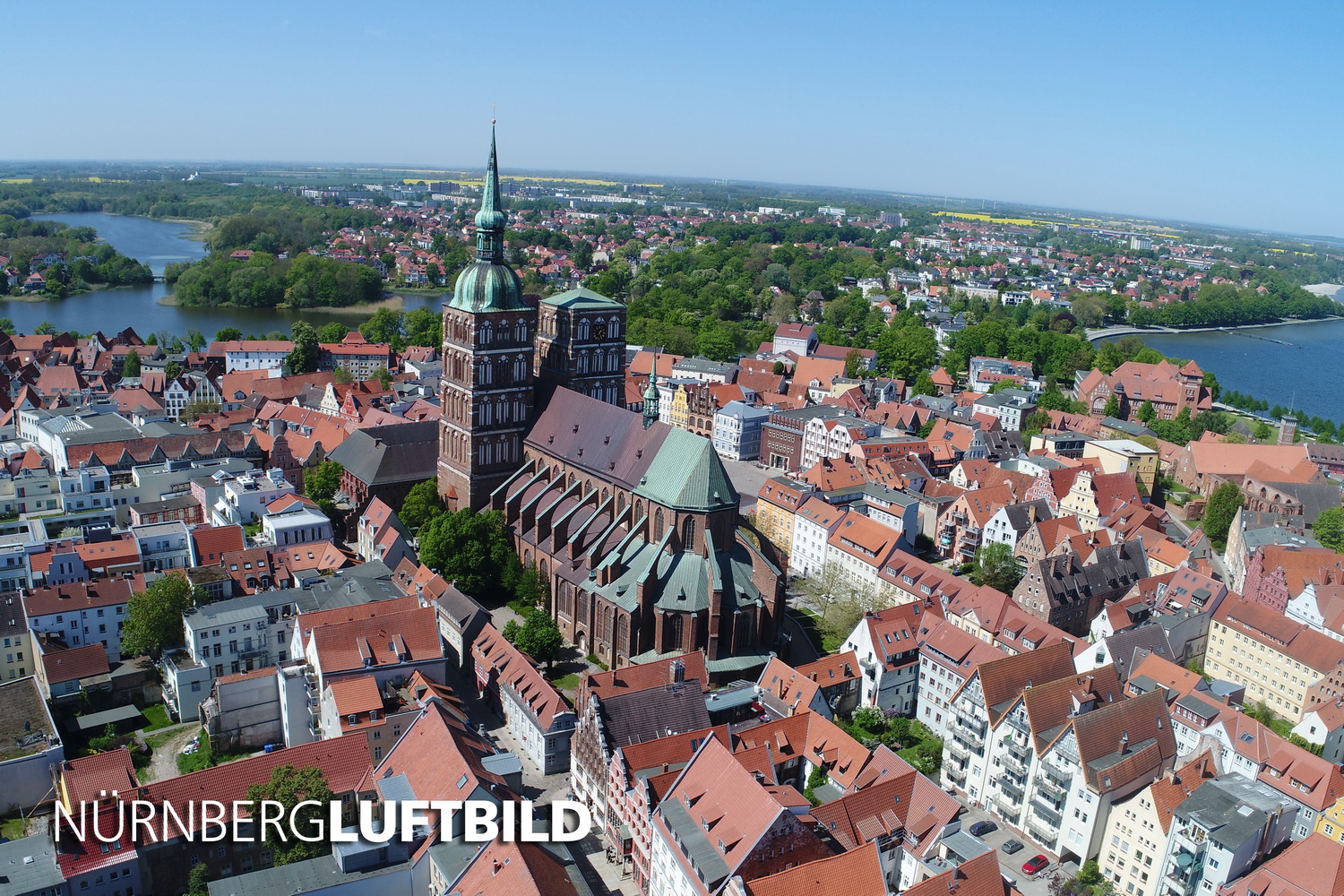 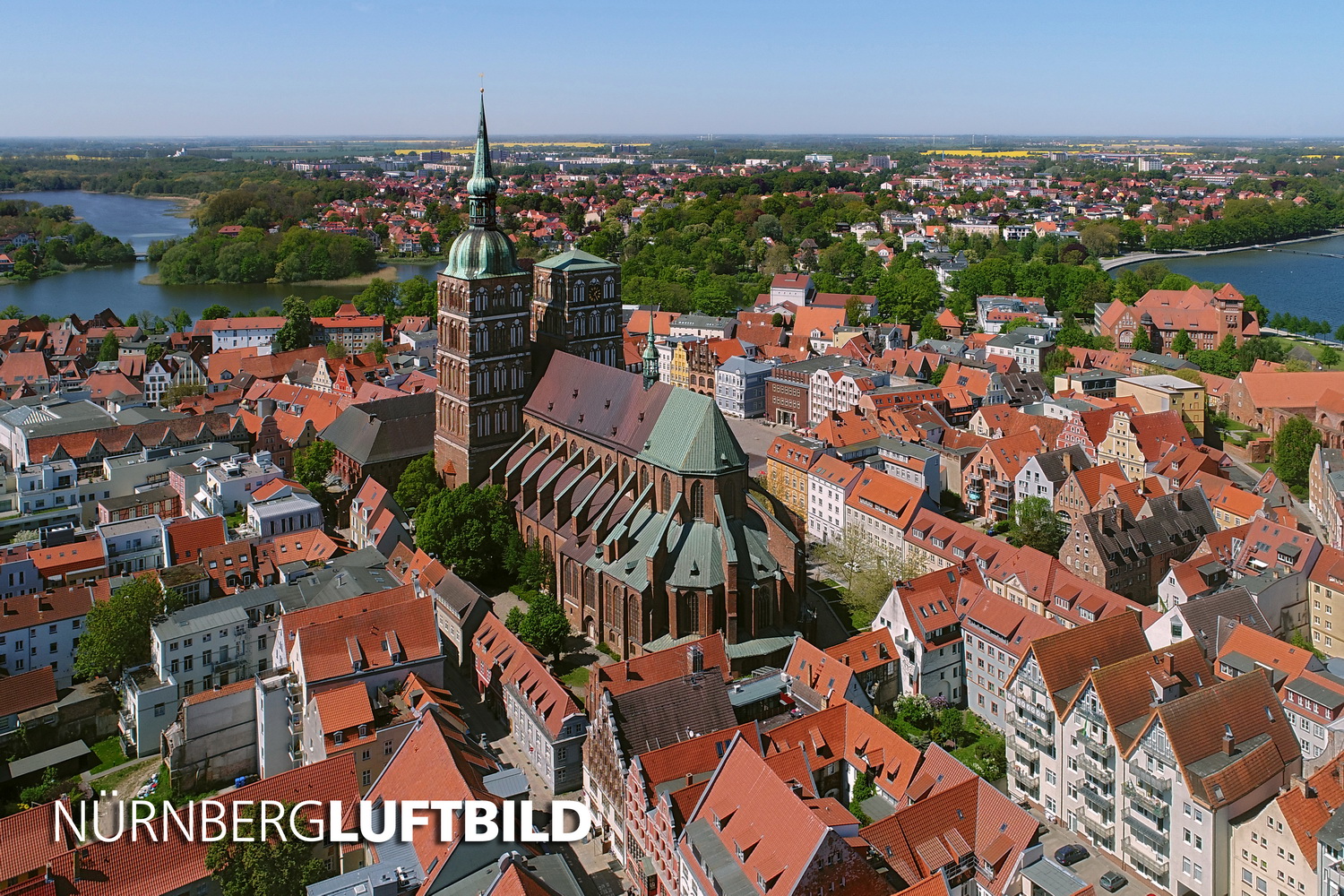 Here are two more examples from our home state of Bavaria. ‘Before and after’ pictures of the old town of Regensburg and the Marienfeste above Würzburg. The professional processing has been done according to our Nürnberg-Luftbild-Quality-Standard: 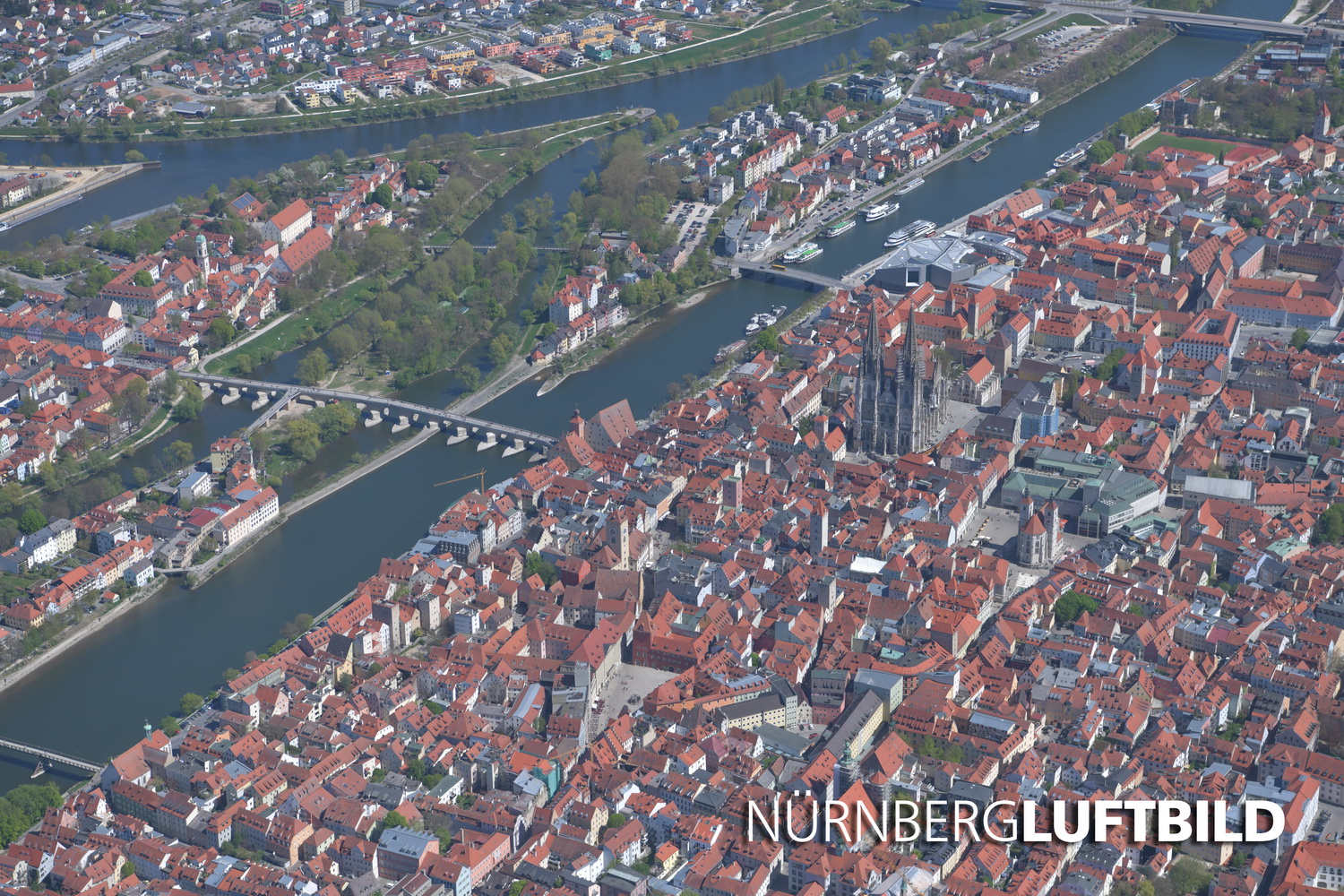 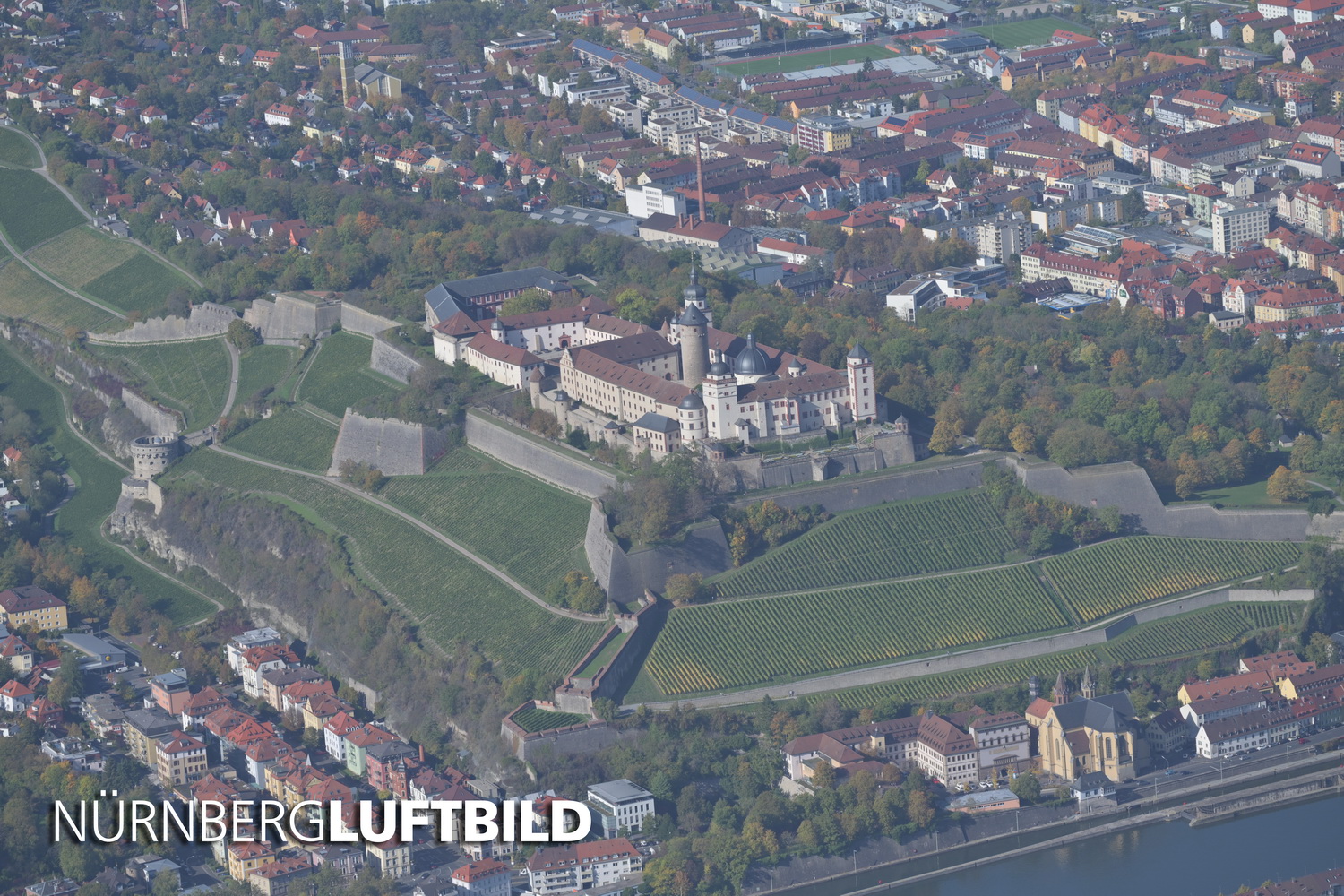 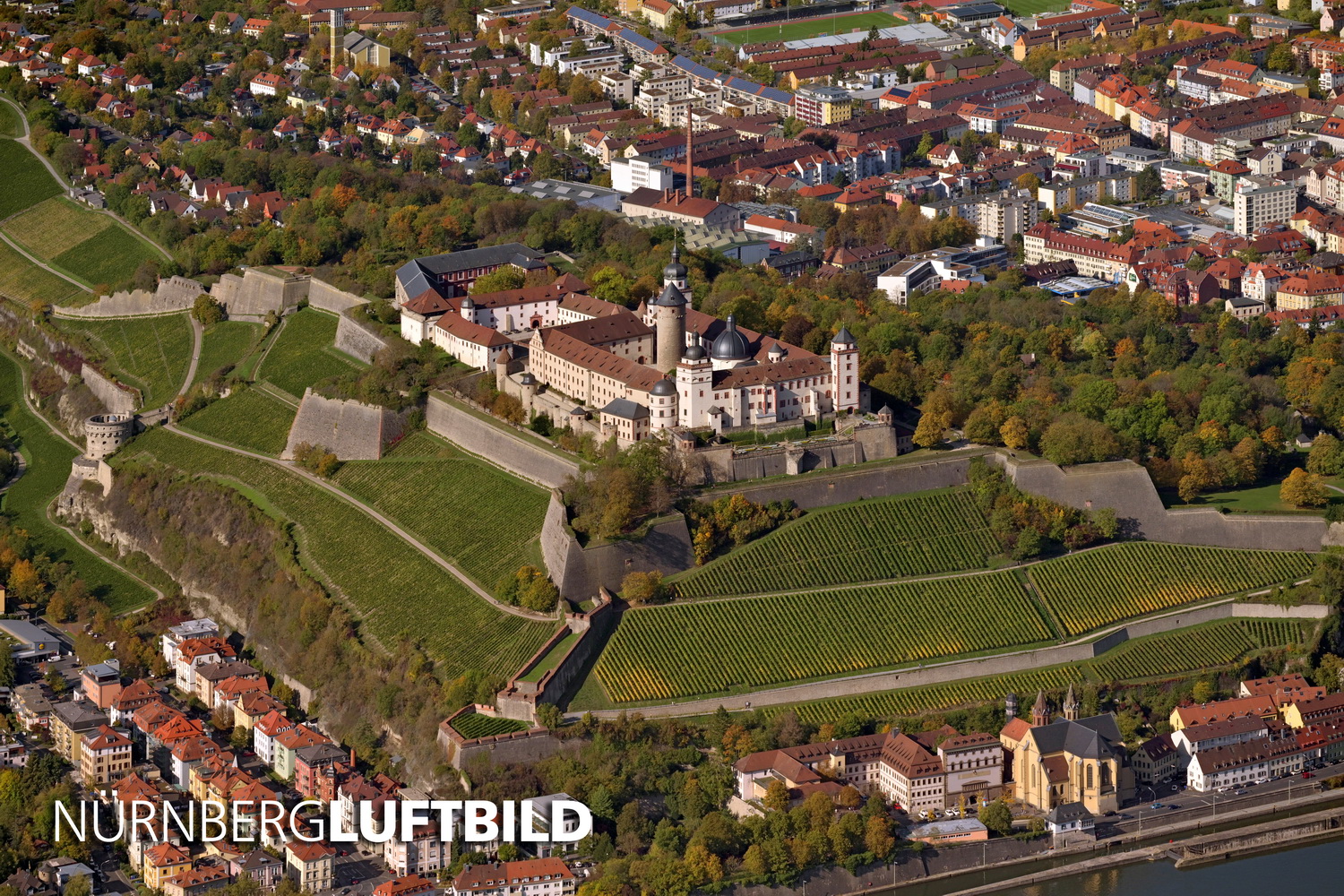